Have we ever been impatient for package delivery, and when the courier got to the front of the house, we were immediately delighted to get the package we had been waiting for?

Whether you realize it or not, parcel and goods couriers actually have a huge role to play for logistical matters like this. Besides being able to make customers happy, couriers have a big responsibility given by logistics and freight forwarders to maintain the company’s credibility. In addition, the final process in shipping goods, which is also known as ‘the last mile’ is the most crucial stage and the most expensive in the whole process of sending goods and packages.

With logistics companies vying to make the delivery process more efficient and faster, also present are various technologies that can become common in the future. What is the innovation in shipping technology like? Let’s have a look!

Drones or small unmanned aircraft become the choice of several startups that focus on last-mile efficiency. Judging that conventional couriers are often a problem of tardiness, using drones is one option that logistics companies can make. A drone has fairly heavy haulage so that it can lift several packages at once and send it to the destination address. Up to now, drones are still being developed so that it can completely replace the courier’s job in the future. One company that is also developing drones in shipping goods is Amazon.

By using drones, the delivery of goods can be faster because it eliminates jamming and other hurdles that conventional couriers have.

But have we ever thought that we will see lots of drones flying around us???

Unlike the drones that fly around us, unmanned robots will continue to use the roads we walk on. Unmanned robots can deliver packages and goods to the front of our house just like a courier. Unmanned robots can be equipped with a smart system to select the best route to the destination address which is more efficient and cost-effective.

Compared to drones, unmanned robots will probably take more time, because they have to deal with traffic jams and busy streets in Indonesia, right? But the unmanned robots are also worth waiting for, you know.

Unlike the two previous innovations, electric vehicles may still use conventional courier services. Of course, by using an electric vehicle, the cost incurred will be less compared with conventional vehicles. However, for logistics companies, this can be big savings in the last-mile process or shipping goods. Electric vehicles such as cars, motorbikes, or electric bicycles can be an innovation that is no less important in the development of the logistics world.

Talking about electric vehicles, there are also many of them that can run unmanned.

Have you ever watched “Premium Rush”? Yes, the film of cycling couriers in New York delivering packages and documents quickly in a city that is crowded and full of traffic jams. Bicycle couriers are considered to be able to customize the tasks quickly, cheaply, and efficiently. How much gasoline costs can be saved. Indeed, this innovation already exists in Indonesia. We can use a start-up cycling courier service called Westbike in several major cities in Indonesia. However, it’s popularity and users are most still in the office sector.

This system can solve the problem of gasoline costs efficiently and speed of delivery, because cycling couriers can immediately pick up packages or goods from the sender and deliver it directly to the recipient on the same day instantly.

The same system has been adopted by several online motorcycle taxi companies, but indeed by using an ordinary motorbike, the savings in gasoline costs can not be done.

This one doesn’t include delivery innovation in the last-mile process, but it can also save costs and efficiency in the goods delivery process between the head office and the branches.

[Want to know the delivery process? Read this article]

In that process, large trucks and containers are usually dispatched. With technological advances such as unmanned vehicles, cruise control, distance control, and many other vehicle controled technologies, making a truck platoon line is not something that is impossible and dangerous in the future.

With this innovation, the truck platoon line up was able to save on gasoline costs that had to be incurred by the logistics company. By marching in line, trucks that are in 2nd, 3rd, 4th row, and so on do not have wind resistance such as if the truck is running alone. This is an innovation that utilizes aerodynamic theory which is really worth a try if other technologies support.

Actually, there are still a lot of technologies in the world of logistics which can help and add to the efficiency that is currently developing in the delivery process. The development of the e-commerce world also makes logistics companies compete to get loyal customers using their shipping and expedition services. So, which technology do you think is the coolest? Or do you have any other cool ideas? Come on, comment below.

What Actually Happens When We Send Items? Here Are The 5 Stages 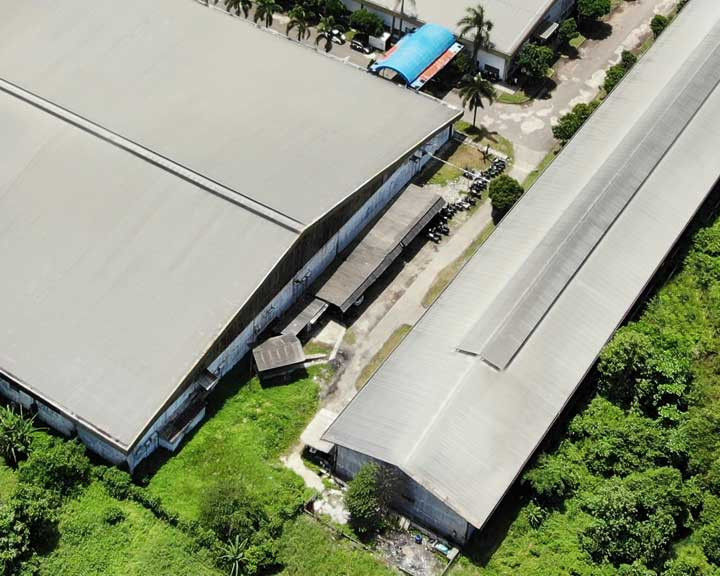 What Actually Happens When We Send Items? Here Are The 5 Stages